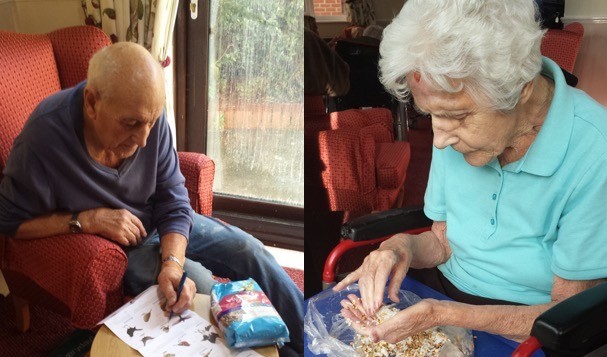 The elderly twitchers kept a close eye on their garden during the survey, when they spotted a wide range of flying visitors.

The residents were also on the lookout for squirrels, moles and even snakes – although no serpents were spotted.

Diane Rice, activities coordinator for Broadacres Care Home Rotherham, on Naylor Street, said: “The residents were able to identify every bird that flew into the garden, which was impressive.

“They had a great time watching them feed on the seed cakes they made earlier in the day to attract them to the garden.

“They were sat in the lounge and conservatory, keeping a close eye out and calling out the species when they spotted them.

“I’ve sent their findings off to the RSPB, to join hundreds of thousands of others from around the UK.”

The RSPB Big Garden Birdwatch involves over 500,000 participants each year, with their findings helping to paint a picture of annual avian population changes.

Laugh and smile is the secret, says Rotherham centenarian

Knitting Nannas create cat and dog for elderly with dementia